Much of the main street of Childers is heritage listed, with many of the buildings in the CBD rebuilt after a disastrous fire in 1902 resulting in some uniformity and authenticity of the architectural style of the day. The original Palace Hotel located in the centre of the main street was one of the buildings destroyed by that fire - rebuilt and reopened for business in 1903, and operated as a hotel continuously for some 85 years from that date. During its heyday in the 1930s and 1940s this was the premier hotel in Childers; as well as serving thirsty cane cutters it also offered accommodation, a dining room and at one stage a grand ballroom, before being converted to backpacker accommodation in the early 1990s.

On 23rd June 2000 tragedy struck when the Palace Building was gutted by fire as a result of arson and fifteen backpackers, twelve visiting from overseas, were killed. Miraculously another seventy escaped unharmed or with minor injuries such as smoke inhalation. The fire compromised the structural integrity of the building and the main street was partially blocked as a result of support beams installed on the facade.

In October 2002, two years and four months after the devastating fire and with countless members of the Childers community rallying together to support survivors and the families of the victims, the Palace Memorial Building was opened in a moving ceremony attended by twelve families who had relatives killed in the fire. The restored building encompassed a glass memorial wall; a portrait of the victims of the fire; the Childers Regional Art Gallery and the Childers Visitor Information Centre. Since opening in October 2002, the Palace Memorial Building has received over one million visitors.

Along with the Childers Visitor Information Centre on the ground floor, the Palace Backpacker’s Memorial is operated by the Bundaberg Regional Council and is located on the first floor of the magnificently restored Palace Memorial Building at 72 Churchill Street in Childers. 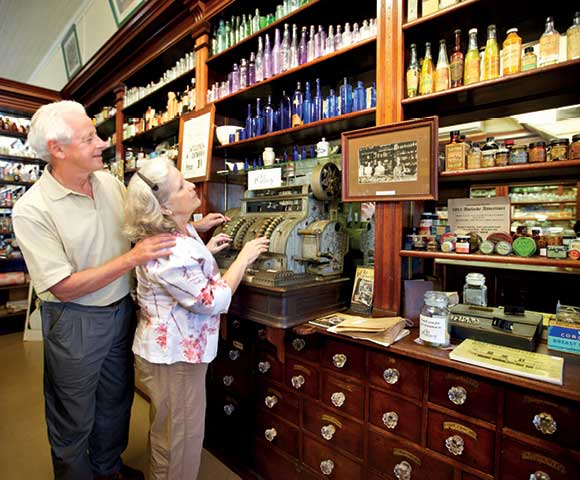